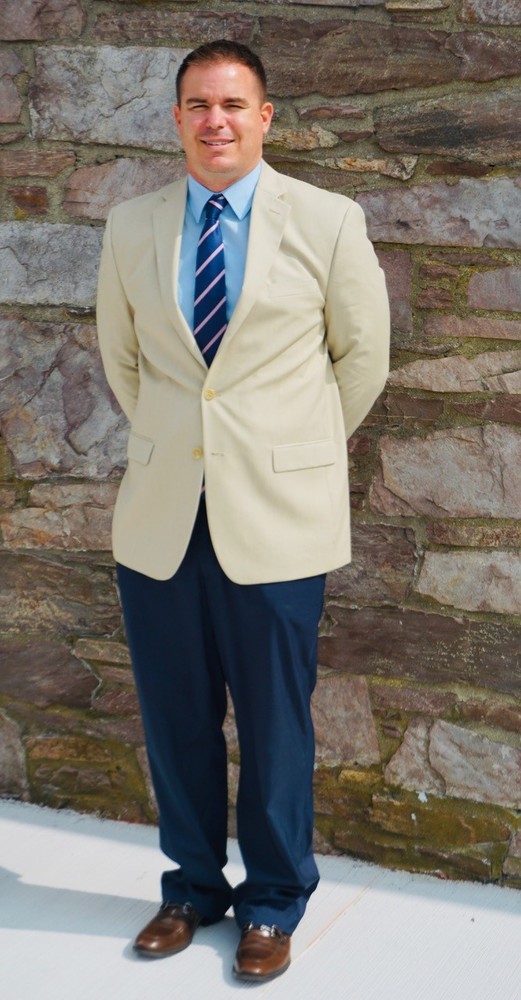 Welcome to our new MHS Principal

MIDDLETOWN – Dr. Jeffrey Heath is thrilled to be on board as the new principal at Middletown High.

Even before classes opened officially on Monday, Heath said everyone has made him feel welcome and completely at home as the leader of the Valley Road school.

Coming to the district from East Greenwich High School, where he was assistant principal, Heath said he’s looking forward to helping build even more Islander pride while expanding the horizons of every student along the way.

“The opening has gone really, really well,” Heath said from his office this morning, in between lunch duties. “Everyone has been so positive and encouraging, especially with how different this year is. All the students have been wearing their masks and distancing and practicing the proper protocols with next to no pushback. It’s been very refreshing.”

Heath and his wife Erica live in Portsmouth with the couple’s two children, three-year-old Jaden and one-year-old Olivia.

Looking for new challenges, Heath said he’d had his eye on the Middletown High principal job going back a year – or more. And when he heard that longtime Principal Gail Ponte was retiring at the end of the 2019-2020 school year, Heath shifted his research on everything he could find about the school and community into high gear. The more he saw, Heath said, the more he liked, so much so that he said it felt like “the perfect match.”

“All the pieces are in place here,” Heath said. “There are a lot people who care about this place and making it the best it can be and the dedication of the faculty and administration is unbelievable. There’s a true team here, everyone pulling in the same direction for what’s best for the kids.”

Superintendent Rosemarie K. Kraeger and others said the School Department was lucky to have Heath. His first official day on the job was July 15.

“A lot of work went into a successful opening this year with everything going on,” Kraeger said. “Jeff was right there, doing what needed to be done and making a positive difference. I was in the high school today and I heard from a number of teachers about how happy they were to be back and seeing the kids.”

“I’m really excited to bring Jeff in,” Simeone said. “He has a really positive attitude and a great rapport with the students. Everyone is really confident that despite everything (with COVID-19), it’s going to be a positive year, a good year.”

Incoming ninth grade students started classes Monday, with half the student body returning to Middletown High today. The school building has been closed to classes since late March when the COVID-19 pandemic struck.

Heath said his goal – and a message he’s trying to spread – was to use every moment as a learning opportunity, whether good or bad.

He also wanted to step up the branding of the school and engage students and staff more on subjects they were interested in once everything returned more to normal.

“There’s no question right now that our No. 1 priority has to be the safety of our students and the staff,” Heath said. “In the past, there’s always been more of an emphasis on curriculum and course work, but I think given what we’re up against, we have to be placing more time making sure everyone is doing what they’re supposed to than ever before.”

Still, he said school at Middletown High has to be fun and engaging for all. That’s why there’s a detailed look underway at what happens in the building and beyond.

“We’re all on the same team here and you can see it, it’s a very real, tangible thing,” Heath said. “From Day 1 here, everyone has been super positive and this is a special place.”