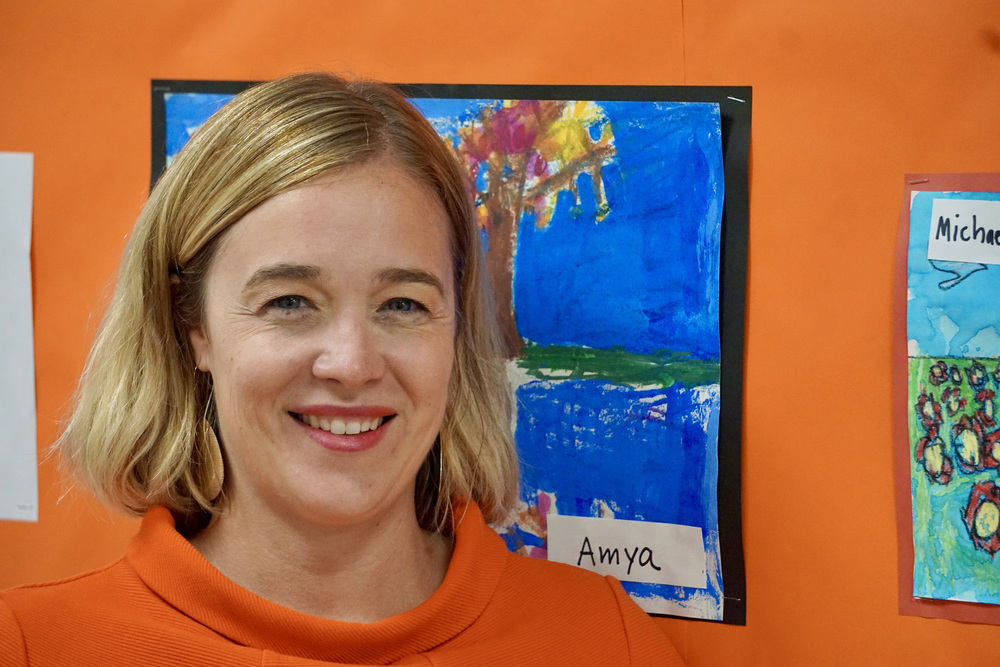 It’s just the way she is. Talk to her for a few minutes, and it’s clear she’s genuinely all in on her new job as the Family Service Coordinator for the Middletown Schools.

Not because it’s what she’s paid to do, but what she’s driven to do – to make the transition to Middletown easier for families, particularly the growing non-English speaking population who call this beachfront community home.

“You don’t get into something like this for the money,” Mainzer said. “It has to be mission driven and if you’re not completely on board, everyone knows it and you’re not doing anyone any good, especially the people you’re supposed to be helping.”

The wife of Fernando Echavarria, the couple has two children. Daughter Larimar is a seventh grader at Gaudet Middle School and Río is showing his stuff in kindergarten at Aquidneck School.

Originally from the Jamaica Plain of Boston, Mainzer said her life was always filled with diversity and encouragement.

At the age of 12, Mainzer started working at her mother’s restaurant Bella Luna & The Milky Way, first by helping at the counter. As she got older, Mainzer worked her way up as a server, bartender and ultimately manager.

Along the way, she said she was exposed to new languages and cultures seemingly every day. So interested in learning more, Mainzer said created her own major at the University of Massachusetts Boston in Caribbean studies. That program allowed her to travel throughout the Caribbean and learn to speak Spanish fluently. She also taught English to kindergarten through 12th grade students during the day and adults at night.

Returning to Boston and Bella Luna, Mainzer said her advocacy continued, whether it was teaching English or providing support for health care, immigration lawyer services and affordable housing. 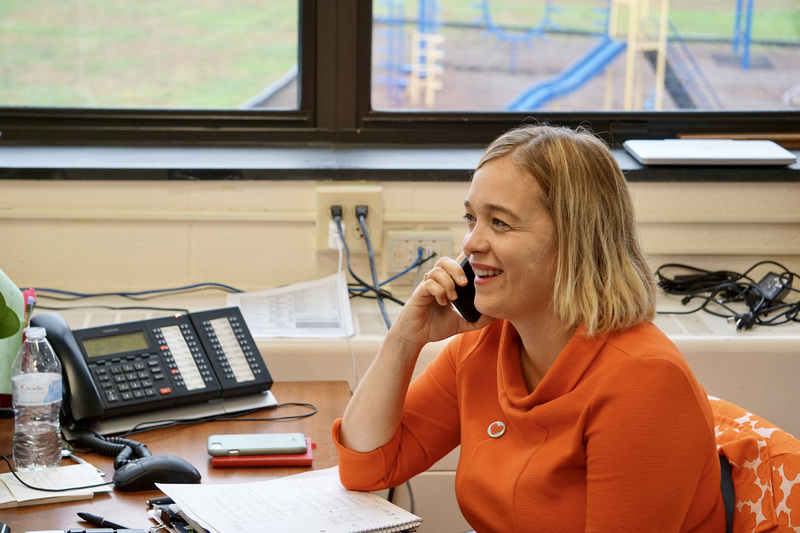 When Bella Luna closed in March 2020 due to COVID-19, Mainzer and her family moved to Middletown after being impressed with the schools and diversity of the community. Admittedly, she said Second Beach was a draw too, a place Mainzer and her co-workers would visit every summer as part of a pilgrimage from the restaurant.

“We would close the restaurant one day, usually a Monday or Tuesday and all pile into a rented school bus and drive down here to go to the beach,” Mainzer said. “Every summer, we’d get here around 11 and leave at 6. It was always such a magical day for all of us and when it came to choosing where to live, near Second Beach is as good a place as any. It’s a very special place.”

Working last year as a long-term substitute teacher with English Language Learner – or ELL -- students, Mainzer jumped at the opportunity to become the district’s first Family Service Coordinator. All told, there are about 175 ELL students enrolled in Middletown schools, or close to 10 percent of the total school population.

“If you look at the data, the numbers are showing this is the future,” Mainzer said. “I’m hoping my work helps make everyone more comfortable with the district and what we have to offer here. If you walk into any one of our classrooms, Middletown is truly a diverse place and to me, this is just the beginning.”

In addition to assisting with the transition to the Middletown schools, Mainzer said the same is true with other organizations too.

“We have a new partnership with the Boys & Girls Club (of Newport County), where they open their doors and help with a place for students and families to go, swim and have fun,” she said.

When asked why Middletown was seeing such growth, Mainzer was direct.

“Why not Middletown? It’s a beautiful place, a safe place and there’s work,” Mainzer said. “It’s sort of like when my husband moved to Boston (from Colombia), he went because he had an aunt there who said there was work and it was a good place to live. Middletown is no different. Work is a huge factor, but it’s never easy to pick up and move your whole life to a place you don’t speak the language. It takes a lot of courage.”

“The school we knew 20 or 30 years ago is quite different today,” Kraeger said. “We in Middletown talk a lot about making our schools the best we can for everybody and Megan has been an excellent addition to what we’re trying to do here. It’s an exciting time to be in our schools and we know there’s so much more to come.”