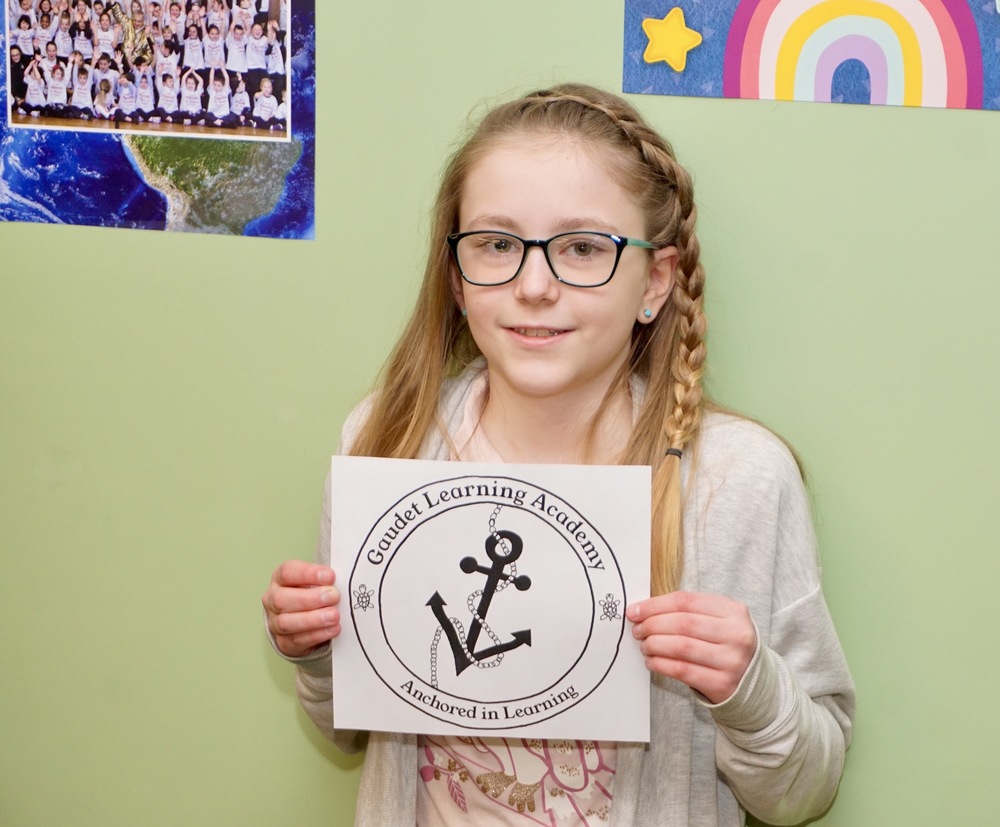 In an ongoing effort to set the Learning Academy apart and create an identity of its own, every fourth and fifth grade student was invited to design an emblem for the Aquidneck Avenue school.

Certain things had to be incorporated in their work. The name of the school was one. An anchor was another. And the phrase “Anchored In Learning” needed to appear. Otherwise, it was up to each student how they wanted to approach the project.

Of the more than 300 applications, the work by fourth grader Maggie Berkeley emerged on top. In coming weeks, Maggie’s composition will be digitized by a graphic designer and be rolled out officially on everything from a new mural in the Learning Academy to stationary, tee shirts and other surprises in the pipeline.

“When I saw the page, I knew immediately what I was going to do,” Maggie said. “I had the idea in my head and I worked on it for two or three days. Originally, I was going to put foxes on it, but those don’t have anything to do with the water, so I put sea turtles.” 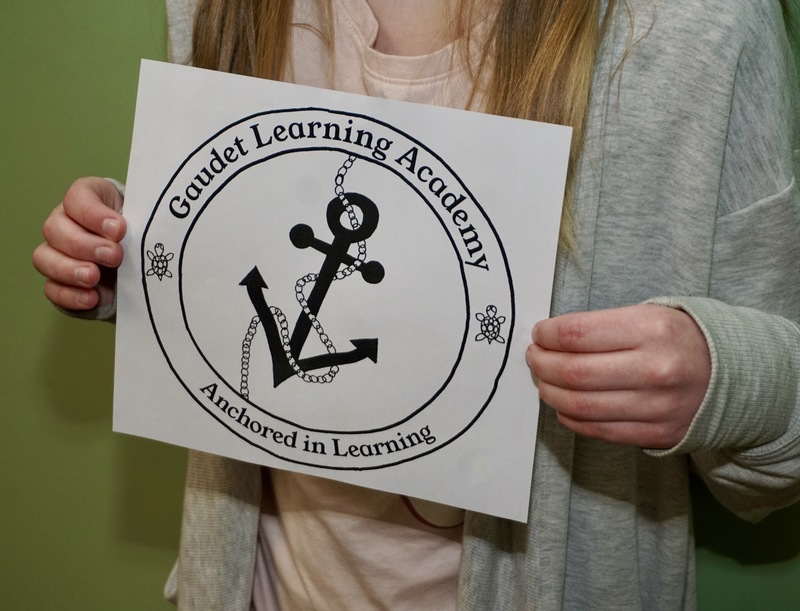 Since the Learning Academy opened in 2009 following the closure of Kennedy School, it’s always been under the Gaudet Middle School roof, but considered a separate school.

When Rebecca Silveira was hired over the summer as the Learning Academy’s first dedicated principal, one of the first things she wanted to accomplish was reinforcing the  unique spirit of the school even more. Enter the logo contest.

“We truly are our own school here,” said Silveira from her office in the heart of the first floor Learning Academy on the Aquidneck Avenue side of the building.

“Our students have their own classes, their own teachers, their own lunch periods. Everything other than riding on the bus is completely separate and (Gaudet Middle School Principal) Billy (Niemeyer) has been great about working with us to build the Learning Academy into even more of a place our students and staff are proud to be part of.”

Superintendent Rosemarie K. Kraeger agreed, saying the logo would help brand the Gaudet Learning Academy even more as its own school.

“While Gaudet Learning Academy shares a common space with Gaudet Middle School, their focus is an elementary model,” Kraeger said. “Both principals work as a strong team and understand both the elementary and middle school model. They both have experiences in leadership in both models. It has been working well. Students, staff and parents' needs are being addressed and we have been getting very positive feedback.”

Silveira mentioned the logo concept to Christine Woolbright, the Grade 4/5 art teacher took the idea and went with it. Everyone was invited to take part and of her more than 300 students, Woolbright said essentially basically all submitted a design.

The list was narrowed to 10 and then the works of three finalists were voted on by the entire Learning Academy, students and staff included.

“There were a number of really great submissions, but I think we all felt that Maggie’s  design incorporated everything we were looking for,” Woolbright said. “Each one brought something unique to the table and the response to this was overwhelming.” 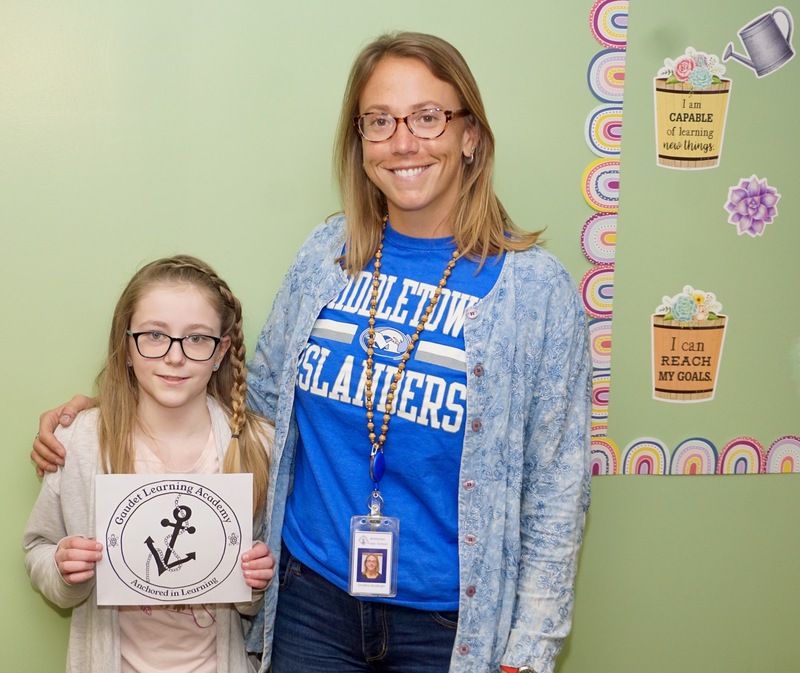 The daughter of Patricia and Joseph Berkeley, Maggie’s younger sister Angie is a first grader at Aquidneck School. A good student who loves swimming at the Newport County YMCA in her free time, Maggie said not surprisingly art was a favorite subject in school.

When she was in second grade at Aquidneck School, Maggie won top honors in an Aquidneck Land Trust art contest for her landscape work featuring a lighthouse and the Newport Bridge.

Asked what she’d like to do when she gets older, Maggie replied without hesitation that a split between swimming in the Olympics and art were at the top of the list. If things go well, she said she was eyeing a spot on West Main Road for her future studio.

“Sculpture is my favorite to do. I don’t know why. I just really enjoy it,” Maggie said. “I’m so happy my design was picked. It’s cool. It hasn’t really struck me all the places I’ll see (the logo).”

Silveira said the logo is another building block to helping show the students, staff and entire Learning Academy community that their school is a special place.

“One thing I think we all learned is we have a number of talented artists in our building,” Silveira said. “Maggie’s work was special and the one we chose, but there were so many good options.”

For Woolbright, the logo design effort was an outstanding way to show students how much art plays an important role in their everyday lives.

“Art lets all of us put our hands to work,” Woolbright said. “In school, there are plenty of opportunities to express yourself, but a lot times in science, math or some of the other fields, the process is predetermined. Art is not like that. You give students a piece of paper and some paint and tell them what you’d like them to work on and every one of them is going to come up with something different.”